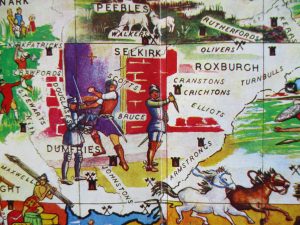 There has long been a connection between Ireland and Scotland. The first settlers after the Ice Age may have made the short sea journey from Scotland to the coast of Antrim. The earliest know settlement from Neolithic times (c6000BC) is at Mount Sandel, at the mouth of the River Bann. The Irish were known as Scottii at the time of the Romans and they began to travel up the western coast and isles of Scotland from the first centuries AD. Travel by boat was often quicker and safer in those uncertain times.

With the coming of Christianity in the 5th Century, it was natural that Irish missionaries would use their connections to bring the faith to their kinsmen in the west of Scotland. The foundation of the monastery on Iona by St. Columba was one of many established from the 6th Century. Links continued into the middle ages, with alliances and rivalries between the people of both areas. Indeed in the 14th Century, Robert Bruce, King of Scotland supported his brother Edward Bruce when he was inaugurated as High King of Ireland. 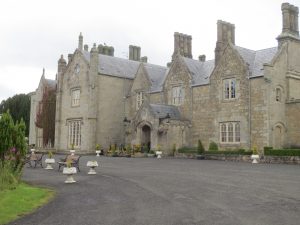 The Irish brought their Gaelic language to the western region of Scotland where it is still spoken. Many of the surnames of the Scottish clans are from the Gaelic, and in common with Irish Gaelic surnames have been anglicized. The prefix Mc or Mac denotes “son of” often followed by a descriptive name.  Prior to King James IV of Scotland assuming also the throne of England as James 1, there was considerable rivalry over the colonisation of Ireland by the English and Scotland. The north part of Antrim was occupied by the MacDonnell clan who were related to the MacDonnell, Lord of the Isles. From 1603 many Scots, particularly from the lowland area, came to Counties Antrim and Down to settle on lands which had been laid waste following nine years of war between the native Irish and the English.

Following the “Flight of the Earls” in 1607, their lands were confiscated and the “Ulster Plantation” was set in train with lands allocated to Scots and English settlers. The next 100 years was to see the influx of Scots into the 9 counties of Ulster, seeking economic improvement
and some degree of religious freedom to practise Presbyterianism. 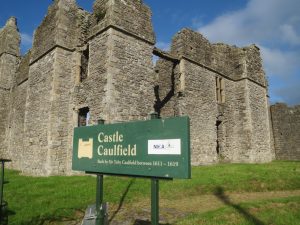 As well as bringing in tenants farmers, 25 towns were designated to serve as market places and centres for political and economic activity. The Crown sold large tracts of land to major Scottish and Englishlandowners who had to undertake to bring in loyal settlers to farm their lands. The City and County of Derry was sold to the Guilds of London who undertook to build a walled city and settle their lands which were renamed Londonderry. Considerable areas were identified as Church lands and the income was used to support the Anglican Church and Trinity College in Dublin.

The Irish rose in rebellion in 1641 and the island was in turmoil until Cromwell came in 1649 and their forces were defeated. Most remaining land was confiscated from Irish owners and they were forced to move to Connacht. This made available more land and further settlemen 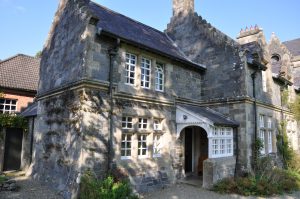 t. Following the restoration of Charles II, the situation was not reversed. The “Glorious Revolution” of 1688 also played out in Ireland, culminating in the Battle of the Boyne in 1690. While the Williamite Settlement brought peace, it also led to the introduction of Penal laws which were to adversely affect both the native Catholic population and the Presbyterians. Nevertheless migration from Scotland increased due to bad harvests in Scotland and in 1694 as many as 10,000 Scots, mostly from the Lowlands came to Ireland. It is estimated that Scots Presbyterians outnumbered Anglican English settlers by two to one.

At the early stage of the Plantation from 1610, the Scots Presbyterians were tolerated by the ruling class who were mostly English Anglicans.  However in the 1630s, the Lord Deputy, encouraged by King Charles I, took action to limit their religious practice. Some went back to Scotland, but one group of 140 set sail in 1636 on the ship “Eagle Wing” led by their Minister. After some weeks at sea, there were driven back to Ireland by storms. The remainder of the 1600s was a period of turmoil until, as noted above, there was a large increase of emigration from Scotland to Ireland and other countries. 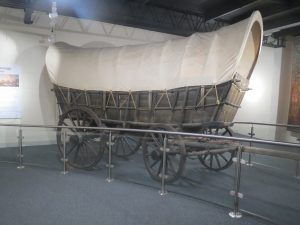 The Irish Parliament in Dublin which was dominated by Church of Ireland (Anglican) landowners passed “Penal Laws” discriminating against those who did not follow their religion. As well as affecting Irish Catholics, who were their main target, it also adversely affected Scots Presbyterians, restricting their civil and economic activity. In addition all of the population had to pay “tithes” to the Church of Ireland. These burdens, along with poor harvests, led to increasing numbers of mainly Scots Presbyterians emigrating to the American colonies from 1718 and throughout the rest of the 1700s. These were joined by other groups, such as the Huguenots, who had fled Continental Europe to escape religious persecution. Davy Crockett’s grandparents had immigrated to America c1710. A further group of people who were associated with the Scots, were the “Border Reivers”, who were originally from the Scottish/English borders. It is estimated that 200,000 immigrated from 1710-1775, many making the frontier their home.

The Scotch Irish were prominent in the American War of Independence and many of the Presidents had Ulster roots.

Immigration continued from the 1800s to both the United States and Canada, with family and friendship groups often settling in one region.

Thomas Mellon was born in Tyrone in 1813 and went to America with his family and founded the Mellon dynasty with its banking and industrial empire. Many others went on to play a prominent part in the economic and political life of the country.