Researching your ancestors in Ireland is complicated by a range of factors. Most emigrants did not record where in Ireland there had lived. At the ports only the country of origin was often recorded and the level of literacy was poor, with little contact with their relatives back in Ireland. Official record keeping in Ireland was poor, until 1864, particularly if you were not part of the Established Church of Ireland. Many records were lost in the fire at the Four Courts in Dublin in 1922 and Census details do not exist prior to 1901.

Land was always important in Ireland. Those that owned it collected rent. And the Government and Established Church used it as a basis for collecting their dues. Thus we use these as substitutes for the Census; but the connection to the land is the key to finding where your roots may lay. This may be in estate Records, Griffith’s Valuation, or Tithe Records.

Relationships are important and that is why local research may be able to fill in those missing links.

Start from what you know!

Starting with your present generation work back as best you can. Older relatives may have stories, old bibles or letters which may cast some light.

Don’t discount stories which have been in the family; the names may have been misheard or recorded but they can be a starting point for the next step back to Ireland. Use the Internet. It is a great resource but needs to be used with knowledge. Not all records have been transcribed correctly. Interpretation is necessary and original records may need to be consulted. 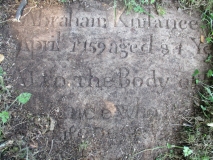 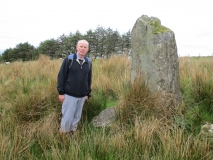 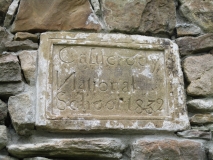 This house dates from about 1820 and was formerly the home of the Stack family who had influential members in the Church and military. It is now a Bed and Breakfast.